Social bookmarking sites are a fantastic way to collect, organize and share links to websites. In the present world, there is a lot of traffic on the Internet, which makes it hard for people to find an interesting article or content that they want. The bookmarking sites help in this regard as they allow people from all around the world to mark their favorite articles and websites so that others can find them later on as well.

Some users only save the articles they find interesting or useful, while others make use of their abilities by helping others with finding content by marking links for them as well. This means that these social bookmarking sites have become an important part of today’s society and every individual

Twitter is a social media platform where users can share and receive content. It is one of the most popular online platforms for social networking, especially among younger people.
Twitter has more than 300 million monthly active users. The site lets users post short messages, called “tweets,” which are limited to 280 characters. These posts are known as “tweets.” Users can follow other Twitter accounts and interact with them through direct messaging or replies to tweets.

Pinterest is a social media platform where users can share their favorite images, videos, and other content. Users can also follow the content of those they find interesting. The company was founded in March 2010 and has been releasing new features since then. They have been experimenting with video content for a while now and it appears that they are going to invest a lot more in this area. The company has stated that they want the platform to be used as an advertising tool by brands as well as influencers.

Medium is a social media site for writers that has been around since 2012. It features a clean layout and a friendly interface, as well as real-time conversations about the content posted on the website. It’s also one of the best ways to really grow your online audience by getting involved in discussions about topics you’re interested in, sharing your own thoughts into the mix, and following other authors who share your interests.

One of the best features is its ability to save articles in an offline mode. This means that users can read their saved articles without an internet connection, which is especially handy when traveling. Users can also organize their saved articles into folders and share them with others via links or by exporting them as PDFs or EPUBs.

Another great feature is Instapaper’s Readability Mode, which cleans up the article’s formatting so it’s easy to read on any device, including small screens like phones and tablets.

get pocket is a service through which users can save articles, videos, and other web content to read or watch later on any device.

The service is available as an application for mobile devices running iOS, Android, Windows Phone, BlackBerry OS, and Symbian; as a bookmarklet for web browsers; and as a browser extension for Chrome and Firefox. The company also offers an API that allows developers to build their own app or website that integrates with the service.

Plurk is a social media site that allows people to post short messages and share links. These posts are called plurks.
Plurk was founded in 2007 by Kaoru Adachi and John McCrea, who were students at the University of British Columbia at the time. The site has been described as “Twitter meets Facebook.”

Slashdot is a technology-related news website that reports on the latest developments in science, technology, and other related areas. It was founded by Rob Malda and Jeff Bates in 1997.

Flipboard is a social news app that aggregates, curates, and shares articles from various sources. It lets you customize your own feed and share it with friends.
It has a variety of features including:

Delicious is a social bookmarking service that allows users to save links to content they find on the internet. It has been acquired by AVOS Systems, which offers a paid, ad-free version of the website. Delicious was founded in 2003 by Joshua Schachter and was acquired by AVOS Systems in 2015. The company’s headquarters are located in San Francisco, California.

Users can save links to content they find on the internet and share these bookmarks with other users through public or private groups. The service also provides “readers” for various operating systems, web browsers, and mobile devices so that people can read webpages offline or while not connected to the internet. Delicious has been criticized for not being able to keep up with Google Chrome’s built-

Reddit is an American social news aggregation website founded by Steve Huffman and Alexis Ohanian in 2005. Reddit is divided into sub-communities, known as ‘subreddits’. These sub-communities are moderated by members of their respective communities. The site consists of user-submitted text posts, some of which are links to external webpages, while others are text-only posts.

Diigo is a social bookmarking site that allows users to save, share and discover web pages. It was created in 2005 by three college friends who were looking for a way to organize their bookmarks and share them with each other.
The name “Diigo” comes from the word “dig” which means “to explore”.

Dzone is a media company that provides information technology resources to IT professionals. The company was founded in 1996 and has evolved to become the leading destination for IT professionals seeking knowledge, insight, and expertise.

Dzone’s website features content written by experts, news about the latest developments in the technology industry, product reviews, and tutorials for developers. Dzone also has a job board for people looking for work in the IT industry.

The site offers RSS feeds of its content that can be accessed through an RSS reader or aggregator. Dzone also offers an API (application programming interface) that allows developers to access its data and integrate it into their own applications.

The website was founded by two high school friends, John Shahidi and Dennis Pilarinos, in 2009. It was initially created as a design blog to post images, but it quickly evolved into a social network for sharing content on the internet. In 2012, We Heart It launched an app for iOS devices that allowed users to browse photos from the web or their personal photo albums. In June 2014,

VK is a social bookmarking site that was founded in 2006. It is the most popular social networking site in Russia and Ukraine, with around 350 million users as of 2019.

It is a social networking website and online community which allows its users to share and like the content. Users can upload photos, videos, audio files, and other types of media to the site.

Xing is a global business networking site that was founded in 2003 by Lars Hinrichs, who had previously worked for IBM. It is the first German social media company that went public on the Frankfurt Stock Exchange, and also the first European social network to have more than 100 million members.

Xing’s mission statement is “To create value for our members by providing a professional online networking platform”. 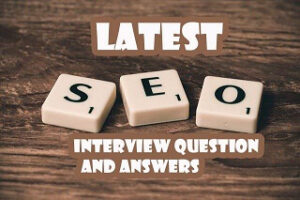